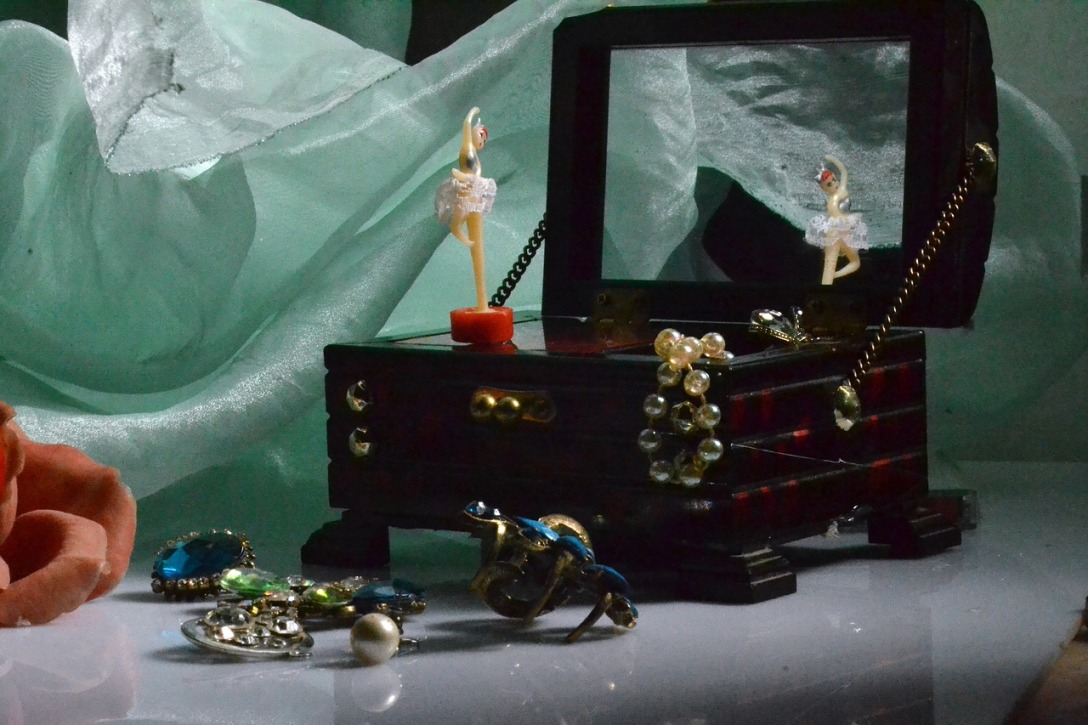 I recently read These Toxic Things by Rachel Howzell Hall. I want to start off by saying this is not my usual genre. It’s billed as a thriller. I typically read fantasy of all types and some historical fiction. Every once in a while, I’ll delve into the world of mysteries (think Agatha Christie type) or gothic paranormal books. A “thriller” is not something I would gravitate toward.

So you may wonder why I read this one. It was part of Amazon’s First Reads for Prime Readers, and the only one that was intriguing to me on the day I read the email. I, like many of my friends, choose books based on my current mood. Nothing else stood out, and I thought it would be good to branch out of my comfort zone.

Please take all of this into consideration when reading my review. I do not have a lot of previous experience to go on.

First, the plot grabbed me from the start. The idea of a digital scrapbooking service made me wonder what items of mine I would choose. And the fact that Mickie is curious enough to dig deeper while being threatened indicated a strong female character, which I enjoy.

As I read, I thought Mickie was a little too early-adult melodramatic. Boyfriend troubles, possible career changes, and some tense moments with her parents made the main character seem shallow. I pushed on.

It didn’t take long for the real action to begin. Mickie went to her client’s store but before she could start work, Nadia was dead. Since Nadia paid in full for the digital scrapbook, Mickie was sure someone from Nadia’s life would want it and continued working on it. That’s when the threats started.

As Mickie digs deeper into Nadia’s past, what she believes about her own past unravels as family secrets are revealed. Slowly, the reader builds their own theory about how Nadia really died and what Mickie’s parents are hiding.

There’s also still the spectacle of Mickie’s romantic relationships, which were very superficial and could be left out of the book without really affecting the plot. Make her boss just a boss, not a lover. Make Nadia’s son just her son and Mickie’s friend, not a fling. If the relationships were deeper or more meaningful, they would have more sway over the plot. As you can tell, I despise fluff and nonsense in novels.

Interspersed throughout the book are mini-chapters from the stalker’s point of view. The way Hall wrote these insights reveals nothing about the stalker. Their sex, appearance, and reason for stalking are all slowly unveiled as Mickie performs amateur sleuth work. Interestingly, the stalker is not obvious, which makes the book worthwhile.

Honestly, I was not paying too much attention to some of the details in the story as someone who regularly reads thrillers might. There are sections about Nadia’s treasures that include details of the victims and hints of who the murderer is. I’m sure my oversight would exasperate thriller enthusiasts. But I was trying to figure out who really killed Nadia and who the stalker was, and didn’t see the memory box information as relevant.

When the climax of the book revealed the killer and the stalker, I was pleased to be wrong on both counts. Mysteries that are too easy for me to figure out are not any fun to read, and I quickly get bored with the story. This book kept me interested until the final showdown.

I rolled my eyes at the nod to the beginning of the pandemic lockdown at the end of the book. We’re living it; we don’t need to be reminded that it happened. Any book that references the current pandemic is immediately put on my “do not read” list. Enough with that, already.

There is some lack of character development for the minor characters. I didn’t really care when Anna went missing, although I was pleased she wasn’t another murder victim. The emotional connection between reader and character is missing. The story definitely moved forward based on the reader’s curiosity of “who done it” instead of “what happens to Mickie.” I definitely prefer novels that have deeper and more vibrant characters.

Will I pick up another book by Ms. Hall? Unlikely. But I also don’t regret reading this one.

Featured Image by Luiz-Jorge-Artista on Pixabay.

View all posts by Alena Orrison